In this episode of the Gallery Girl Podcast we are joined by Sona Tatoyan, a first generation Syrian-Armenian-American storyteller, actor, producer and founder of The Hakawati Project. The Hakawati Project is an initiative that works with communities on the front-lines of suffering and change, providing innovative human transformation through creative labs in film.

Hakawati is the Arabic word for storyteller. “My great-great grandfather was a hakawati”, explains Sona, “He was a puppeteer… he lived in Ourfa, which was then in the Ottoman Empire. During the Armenian Genocide he fled with his family and took his puppets as well, he went to Aleppo.” The project now in turn is taking place in Armenia as a host country in the Lori Valley region. “100 years ago when the Genocide happened it was Syria where Armenians were able to rebuild their lives…”, adds Sona, and it turn, Armenia is returning the favour to refugees who have sought refuge inside its borders. 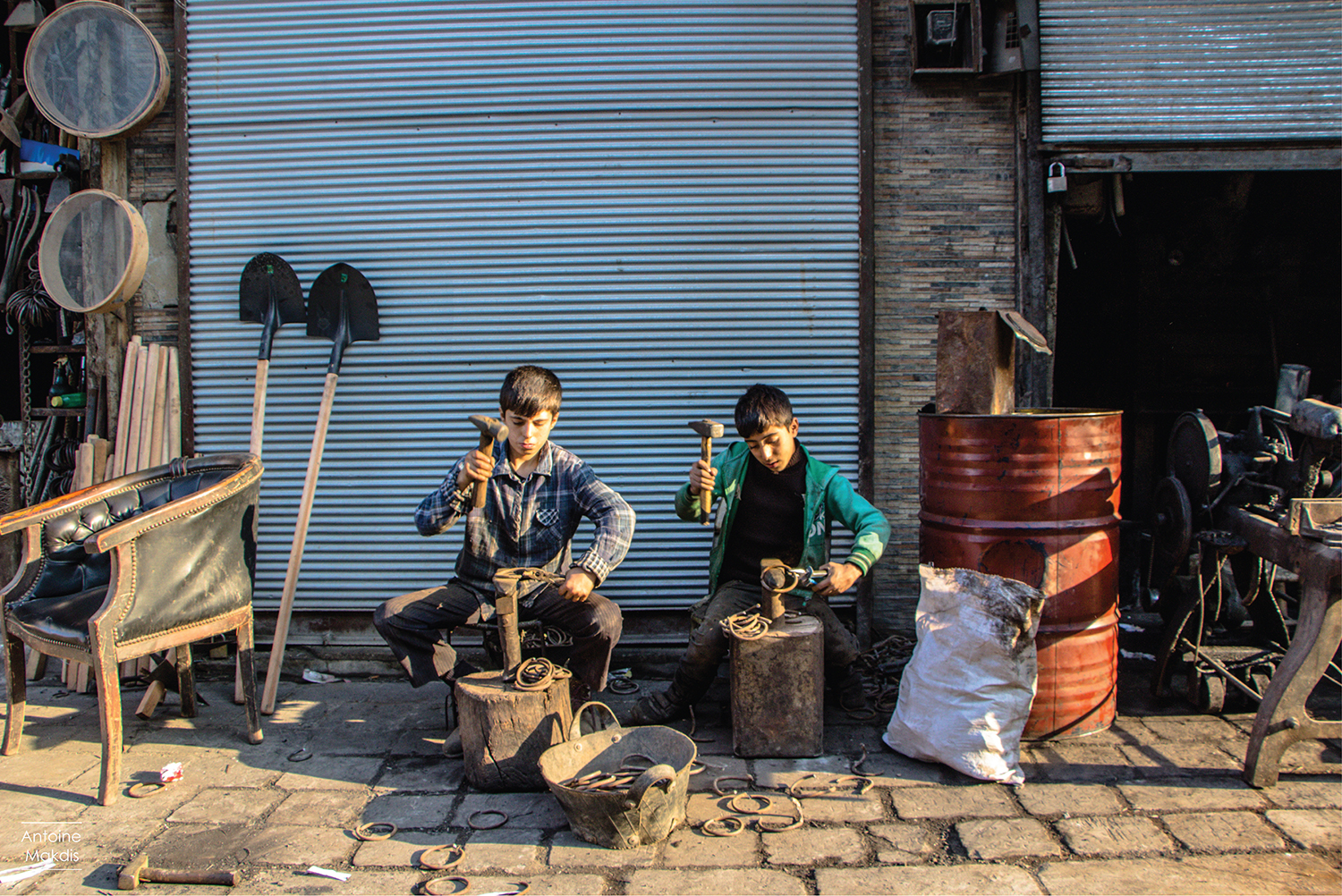 The project – which is in the planning stages – will be a two-month comprehensive film making lab in various disciplines of cinema – directing, screenwriting, acting, editing and music composition – all working in collaboration to create a film. Participants will include Syrians, Armenians, Kurds, Lebanese, Iraqis and Jordanians. “We’ll be conducting educational labs for communities that have been impacted by the Syrian crisis”, explains Sona, “The idea is to be able to sharpen these tools in filmmaking so that they can tell their own story.” 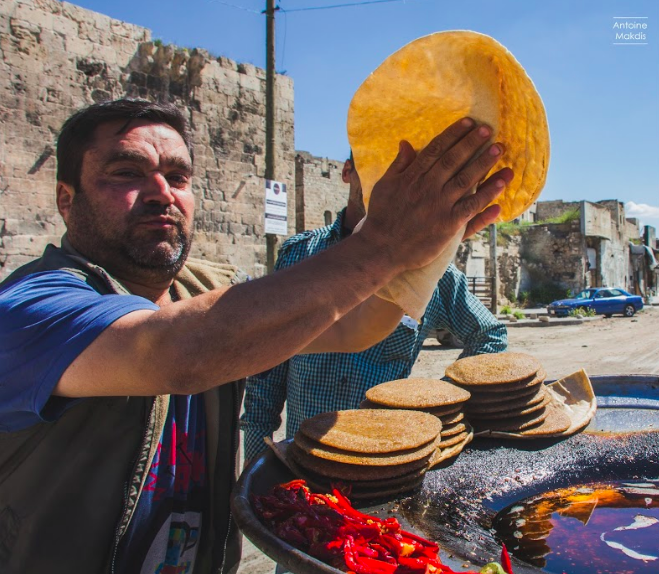 And how will the team connect with its participants? “We’re figuring out the most thoughtful, mindful way to do this”, says Sona, “We’re dealing with an issue that’s painful, that’s traumatic. One of the exciting things for me is this idea of taking something that’s fracturing and bringing together communities that have been fractured into a creative process…Creation is the opposite of destruction.” In fact, when revisiting Aleppo recently, Sona broke her foot and got stuck in the city. “We have a saying in Armenian: may you break your foot so you sit in your place”, she says, “It gave me an insight into life in Syria now.” 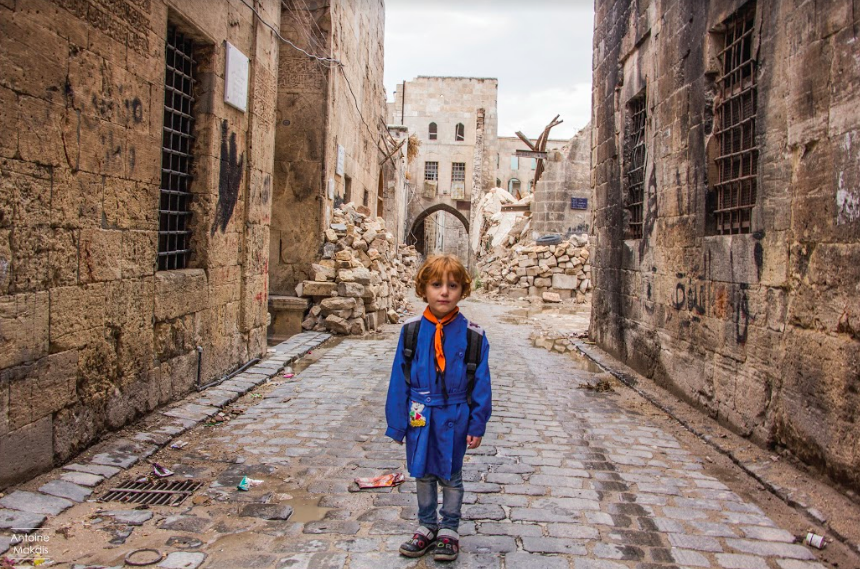 Through storytelling and the Hakawati Project, Sona hopes to connect with people on a human level. “Storytelling is a way for us to catalyse compassion. When we get something on an intellectual level, it’s quite different than when we’re on an emotional level. That human level is where we’re all the same. Beyond, identity, politics, all these things…”, she says, “Who controls the story holds the power around an issue and then that perpetuates…it’s very important this agency of being able to have and claim your own story.”

Stories in service of humanity

Is a first generation Syrian-Armenian-American actor/writer/producer with bases in LA, Berlin,Yerevan, and Aleppo. As an actress, stage credits include world premieres at Yale Repertory Theatre, The Goodman Theatre, The American Conservatory Theatre and others. She starred in The Journey, the first American independent film shot in Armenia (winner, Audience Award Milan Film Festival, 2002). Her first feature film script, The First Full Moon, was a 2011 Sundance/RAWI Screenwriters lab participant and 2012 Dubai Film Connection/Festival Project. Through her new social justice/social enterprise production company Disruptive Narrative, co-founded with International Human Rights Barrister Jennifer Robinson, Ms. Tatoyan is in development with Radical Media on Three Apples Fell From Heaven, a feminist, magical realistic television series about an Armenian family in Syria over the last century. Ms. Tatoyan served on the World Cinema Jury of the Duhok IFF in Iraqi Kurdistan (2016) and as Rudolf Arnheim Guest Artist Professor at the Humboldt University in Berlin, (2017). Speaking engagements include: “Storytelling as Spiritual Vehicle: A response to the Armenian Genocide and Syrian Refugee Crisis” at The Brandenburger Gate Foundation, Berlin; “Trauma, Magic, Love: Being in Aleppo with Karagöz Puppets, My Ancestors and the Spirit of Osman Kavala” at CMES Harvard University. Ms. Tatoyan is a second degree black belt in Tae Kwon Do and received her yoga teaching certification in Goa, India.

Is an Australian barrister at Doughty Street Chambers in London specializing in human rights, media, public, and international law. She has dedicated her career to human rights, building power in social movements and supporting marginalised communities. Jen has acted in cases for individuals, governments and non-governmental organisations before international, regional and British courts, including before the International Court of Justice. Her work often involves UN engagement on international law and human rights issues. Her cases include acting for Julian Assange and WikiLeaks, for the BBC World Service in respect of the persecution of BBC Persian, for the family of murdered Maltese journalist, Daphne Caruana Galizia, and for the Nobel Peace Prize nominated leader of the West Papuan independence movement, Benny Wenda. She also recently provided expert evidence on international law to the UN inquiry into the murder of journalist Jamal Khashoggi. In 2019, she was recognised as International Pro Bono Barrister of the Year in the United Kingdom. Jen spent five years developing a global human rights program with the Bertha Foundation that has invested millions in training the next generation of human rights lawyers, funding strategic human rights litigation and investing in documentary films raising awareness about human rights issues. Together with Sona Tatoyan, she co-founded Disruptive Narrative, a production company dedicated to telling social justice stories. She has postgraduate degrees from Oxford University where she was a Rhodes scholar and speaks fluent Indonesian and Malay.

Is a member of the Kichwa community of Serena in the Ecuadorian Amazon. As a climate activist and indigenous rights defender he focuses on efforts to build a more just and sustainable society. Like many indigenous people at a young age he had no choice but to learn about the struggles of his people and started working with local grassroots organizations to create awareness about the environmental and cultural impacts caused by the oil industry. He is the Founder of the HAKHU Project, a young organization that supports community-based economic initiatives as a way to fight against exploitative oil and mining development in the Ecuadorian Amazon. He currently serves and works with many organizations locally and internationally bridging indigenous community initiatives and international support.

Holds a degree from Concordia University (Montreal, Canada) in Communications Studies specializing in Film and TV Production. In 2002, following his 5-year tenure as Field Executive for Scouts Canada’s Quebec Provincial Council, Raffi directed his expertise towards Armenia as the Program Director for the Land and Culture Organization (LCO) where he implemented the promotion, outreach and expansion of this multinational organization. Raffi was hand picked to become the Commercial Manager for VivaCell Mobile Operator in 2005. His input was vital to the implementation of the company’s commercial operations. In 2006, Raffi founded and directed Deem Communications (DEEM), a full-service marketing communications agency. During this time, he has realized many national projects including branding and national campaigns. Since March 2017, Raffi leads the Branding Gyumri project which has evolved into a Smart City concept to be implemented with local authorities and international groups. Currently, as the Creative Director of DEEM, Raffi has gained harty insights of Armenia’s marketing and communication industry. A global thinker, Raffi communicates in five languages – English, French, Armenian, Arabic and Italian.

Was born in Armenia and raised in Los Angeles. She combines both worlds: the American filmmaking technique and international, independent spirit. She holds a Bachelor of Arts in Film Production from the University of Southern California School of Cinematic Arts. She was a producer and director of over 60 short films and productions. Her documentary The Other Side of Home became the first Armenian Genocide film to ever make the shortlist of the Academy Awards. Being a grandchild of survivors of the Armenian Genocide she believes that cinema is an important medium which needs to be used wisely as it has the ability to heal people and make a positive impact on our world. Her passion is telling unique human stories that connect people and move beyond the boundaries of nationality, gender, and religion and to transform the darkness into light.

Is an independent curator, cultural manager and producer, currently based in Armenia, who organizes community-based art projects with the goal of using public space and contemporary art to meet local needs. Kamay curated two major exhibits tackling the issues of Syrian refugees in Armenia and Nagorno Karabakh – “The Newcomers: Syrians in Armenia”(2016) and “Home to Home”(2017). She is the founder of the first international contemporary art festival of Stepanakert – Artsakh Fest, aimed at overcoming the isolation of the conflict-ridden region and revitalising the abandoned State Drama Theater which once used to be the community center of the city. Currently she’s working on establishing an experimental art residency for mothers in arts called “Juggling Dinosaurs”, looking for ways art workers can reconcile their artistic practice with motherhood.

Was born and raised in Amman, Jordan. He speaks fluent Arabic, English and conversational Spanish, and earned his B.A. from Stanford University in International Relations with Minors in Economics and Energy Resource Engineering. Currently Managing Partner at RANCO Holdings, Shaker is also the Co-Founder and Director of Strategy of Wings of Hope Foundation, a non-profit organization that is also a founding member of Naua, the region’s first social impact online platform focusing on philanthropy and volunteerism. Shaker also serves on the Board of Directors of several public and private companies. An entrepreneur at heart and an active angel investor and advisor to several technology-driven, socially-impactful start-ups, Shaker is also passionate about the creative process of expression, particularly when the message is profound.